From 7th to 11th of April Porto Santo Golfe will host the Madeira Islands Open BPI- Portugal. This competition is icluded on the 2010 European Tour calendar.

Add to Shopping Cart
from 68€ 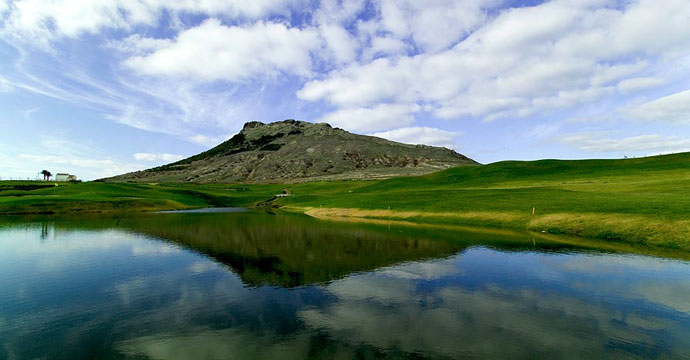 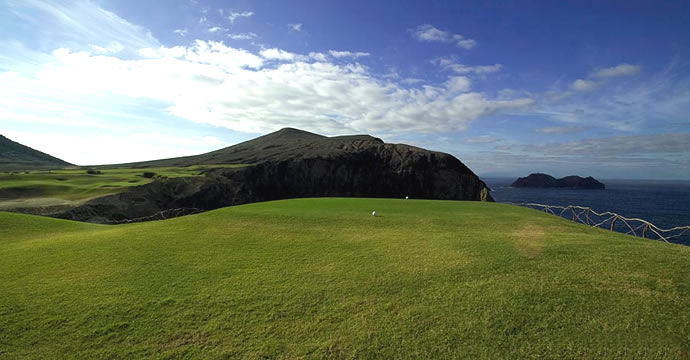 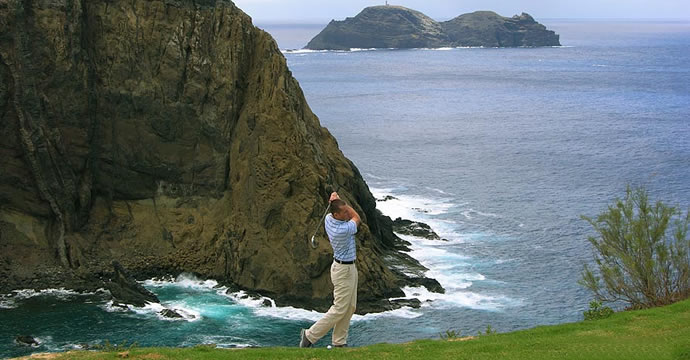 by the Course Professional(s)

The Golf course has 6.434 meters (3.297+3.137). It is pair of 72, composed by six pares of three, six pares of four and six pares of five. The first part of the course is longer and characterized by the amplitude of pares of four, mainly because most of them are more than 395 meters, although the wind is not so strong and the game is done smoothly and downhill. The shorter of the holes of pares of four, is the 4th (397 meters since the professionals take away), with the lagoons acting as limits on the left of the green.

The first and the second green are the longest in the course, even though the second is considered the one that has the best sightseeing of the extraordinary sandy beach. The pares of three are the hardest, because two of them are long (the 7th measures 205 meters and the 9th measures 189 meters), the others are 152 meters - 5th hole, which the green is protected by the lagoon.

Pares of five are quite easy to reach the green by using two strikes. The shorter is 493 meters (3rd hole) which has the lagoon limiting the green. Comparing the 6th and the 8th hole, 497 meters and 520 meters, the first is easier to make a birdie. Each of these holes have a different orientation and the wind influence all the game.

The second half of the course is more exposed to the wind, specially the holes that are near the sea side in the north coast (holes 13, 14 and 15), while the other three are more difficult by the presence of the lagoons (holes 10,11 and 18), each needing precision.

All the holes that surround the north coast, near the sea are longer. On of the most spectacular hole in that area is the 13th (pair 3), not only because of its panoramic view, but it requires a strike with a lot of precision. All this area is influenced by the sea braise, the smell of the ocean mixed with a spectacular view. To lose the ball on the right side of the green means to drop.

If one wants to continue the game, the 14th hole is the next, a pair of 4, with a dog-leg prominent as the island coast. Even though is a very difficult hole, it is not impossible to reach the green near the ravines on other side with only one strike, shouting through the valley.

There are two holes with similar characteristics, 15th and the 13th, whoever the first one is 60 meters shorter, and the flags position have to be more precise. The 15th hole requires a short club.

All the holes near the lagoons have a completely different orientation, for example hole 10 (pair of 5) with 498 meters, the lagoons influence the first strike from the tee. The same thing with the 11th hole which as the 10th hole, completely influenced by the lagoon on the left side of the fairway and the green. The last strikes are extremely important reaching the green, specially the left side it, where there is the lagoon.

The last hole, the 18th (551 meters), near the Club House is sensational, showing precision and the best of game. From the Club House, it is possible to see all this last part of the course, the 18th hole, being fulfilled with a lagoon and native plants. Even for the player, this last part of the course is very sensational; it proceeds downhill, creating a sensation of doubts of how to reach the green. Between the fairway and the green (18th hole) there is a very pleasant lagoon, and there is two ways to solve this problem-either going over it with a second strike (the first strike has to be long) or striking shortly in a way that one can reach the flag on the third strike. The wind on this place is especially from the left which has negative effect, while the wind blowing right is good for the game.

Definitely these 18 holes are a magnificent test, very stable, capable of promoting the player, who has the possibility to use and dominate all clubs, near the greens and the surrounding sides of the course. One of the things the player has to have in mind is definitely the wind, that predominates in almost all the course, especially on the last 9 holes.

Severiano Ballesteros has define Porto Santo Golf :
“It is a wonderful course for its view but difficult due to its path, modern because of measurements and pairs distributions, attractive because of the techniques, wide because of its dimensions and natural. It is, without any doubt a course that will attract many visitors, fulfilled with unique characteristics of Europe, specially the climate that makes it possible to play golf all year around”.